Why Trump Is Favored To Win The 2024 Republican Presidential Primary​

The polls, and history, are on his side.​ 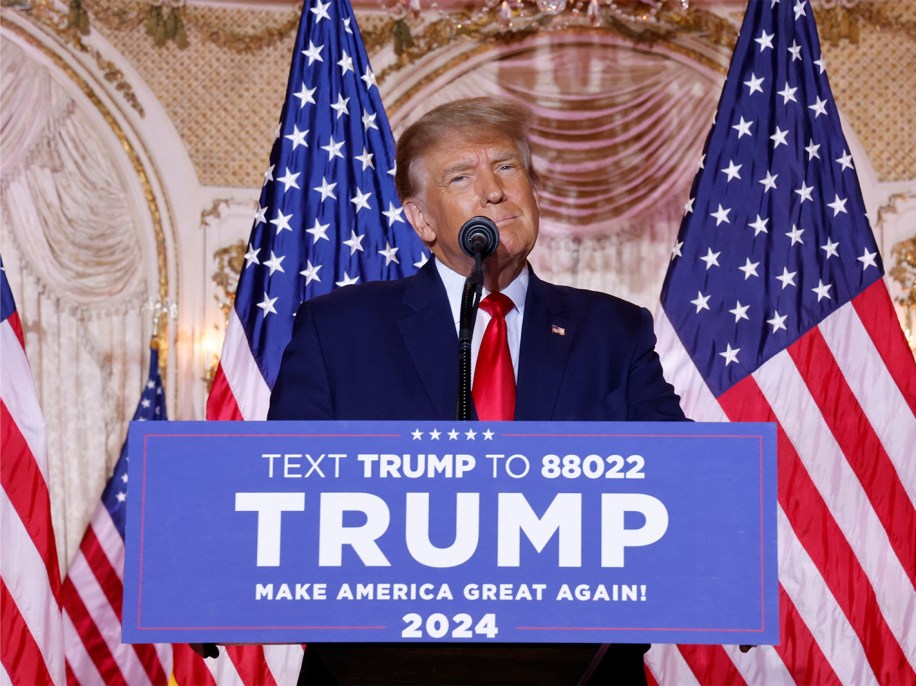 In seeking his second nonconsecutive term, former President Donald Trump will start out in a historically favorable position for a presidential primary candidate.
Jonathan Ernst / Reuters


We don’t even know every result of 2022 yet, but the 2024 election has already begun. On Tuesday, former President Donald Trump announced that he would seek a second nonconsecutive term as president. While it’s too early to predict Trump’s chances of going all the way, the former president is the current favorite to win the Republican primary again. But nothing is assured.

First, Trump remains popular and influential among Republican voters. According to Civiqs, 80 percent of registered Republican voters have a favorable view of the former president, and only 11 percent have an unfavorable view. Admittedly, he is a little less popular than on Election Day 2020 when 91 percent viewed him favorably. But the decline has been gradual.

Dec 20, 2022
A FiveThirtyEight Chat
A
G
ThePollsters Will Trump Win The Republican Nomination, Much Less The Presidency?

Nov 16, 2022
Galen Druke and Nate Silver
G
G
ThePollsters The Georgia Runoff Could Be Bad For Trump In 2024

Dec 6, 2022
Galen Druke and Nathaniel Rakich
G
G
ThePollsters When Might Other Republicans Challenge Trump For The 2024 Nomination?