ThePollsters Why DeSantis Is A Major Threat To Trump’s Reelection

Why DeSantis Is A Major Threat To Trump’s Reelection​ 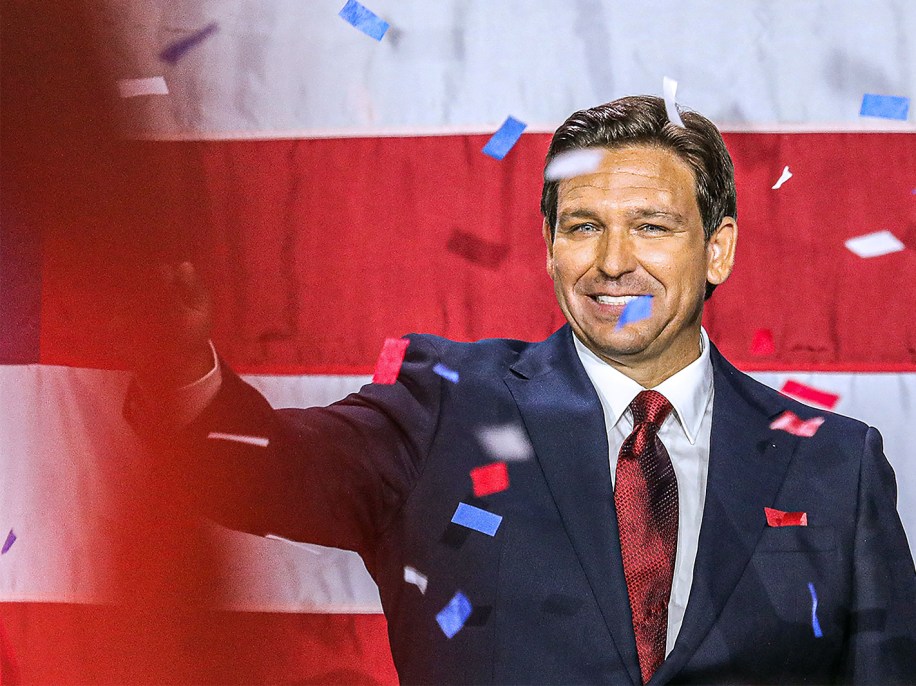 
The case for Donald Trump as the front-runner for the 2024 Republican nomination is incredibly obvious. As my colleague Nathaniel Rakich pointed out after the former president announced his reelection bid, Trump has extremely strong favorability ratings among Republican voters. He’s remade the GOP in his image. And predictions of his demise have a notoriously poor track record: I was one of those people who was far too skeptical of his chances for the 2016 Republican nomination for far too long.

And yet, since the midterm elections, something seems to have shifted. People putting money on the line have moved away from Trump in the last week. He now has only a 35 percent chance of winning the 2024 nomination according to prediction markets, down from what it was before Election Day, and Florida Gov. Ron DeSantis is up to 40 percent (though DeSantis has slightly fallen and Trump has risen immediately after Trump’s announcement to run for president).

If I were allowed to bet on politics, I might buy some Trump stock at that price: These prediction markets aren’t always so wise (they did comparatively poorly in the midterms, for instance), and it’s hard to imagine that, given all the influence he still has over Republicans, Trump’s chances are less than 1 in 3.

But I think there’s a pretty solid case to be made for Trump and DeSantis as co-favorites.

It’s not so obvious who’s leading in the polls​

As Rakich points out, Trump has led in the vast majority of polls of Republican voters since the 2020 election. Believe it or not, these early polls do have some predictive power.

However, polls since last week’s midterm show a shift in the race. For example, a YouGov poll released last week found DeSantis leading Trump among Republicans, with 42 percent to Trump’s 35 percent. And a poll by the Canadian firm Leger had DeSantis ahead 45-43 among Republicans, although it had a tiny sample size.

A series of post-midterm polls sponsored by Republican-aligned groups have found DeSantis ahead in early primary states. I am a wee bit skeptical of these partisan polls because people who prefer DeSantis may be trying to spin a “DeSantis has momentum!” narrative. But as I said, DeSantis has also looked pretty good in nonpartisan polls since the midterms. Perhaps it’s a short-term bounce, but it wouldn’t be surprising if the midterms are an inflection point or a wake-up call for Republican voters given all the incorrect predictions of a “red wave.”

And here’s something else: The study of early primary polls that I referred to earlier found that the polls have more predictive power if you adjust them for name recognition. DeSantis’s name recognition is high, but not universal like Trump’s. For example, a Quinnipiac University poll from July found that 35 percent of voters hadn’t heard enough about DeSantis to form an opinion about him.

So I don’t know how much longer “just trust the polls” will be an argument in Trump’s favor. They may go through some wild swings in response to the midterms and Trump’s 2024 announcement. But given Trump’s much wider name recognition, having DeSantis polling fairly close to Trump — or even ahead in some surveys — does not strike me as particularly good news for Trump.

I’ll probably publish about a million stories between now and the first primaries about how much the views of Republican “party elites” matter. By that phrase, which is borrowed from the book “The Party Decides,” I refer to influential Republicans and conservatives ranging from elected officials to talk-show hosts. It’s important to clarify that by “party elite,” I’m not necessarily referring to some fuddy-duddy senator who was first elected to office 40 years ago, but rather the broader universe of Republicans and conservatives that GOP primary voters might find trustworthy. Some media figures who were pro-Trump and anti-establishment in 2016 have begun to express reservations about Trump.

In 2016, of course, Trump famously bucked the wishes of the Republican “establishment” and undermined “The Party Decides” view of the race on his way to the nomination. But I think people should be a bit careful about overgeneralizing from that election. In 2016, the party never coalesced around an alternative to Trump; this year, they potentially have one in DeSantis. And every nomination contest has its own dynamic. As bad as “The Party Decides” looked in both the Republican and Democratic primaries in 2016 (given Sen. Bernie Sanders’s vigorous challenge to Hillary Clinton despite virtually zero party elite support) it did great in 2020, when Jim Clyburn and other party elites flocked to Joe Biden right around the South Carolina primary, and Biden rapidly won the nomination after having lost the first three contests. This time, Trump will not have the element of surprise that he and Sanders did in 2016.

From the standpoint of demonstrating the ability to win elections, the midterms couldn’t have gone any better for DeSantis. He won Florida by 19 points; the state has swung so far right during DeSantis’s time in office that it can no longer really be considered a swing state. By contrast, Trump-endorsed candidates like Mehmet Oz, Don Bolduc, Blake Masters lost key Senate races, while Herschel Walker has his work cut out for him in the Georgia runoff. The gap in candidate quality was plausibly responsible for costing Republicans control of the Senate.

The rebuttal I usually hear to this is that Republican voters must not care about electability since they nominated Trump in 2016. But polls of Republican voters throughout 2015 and 2016 consistently found they did see Trump as electable; in fact, they thought of him as the most electable candidate.

What’s going through the head of a typical Republican voter these days is hard to say. In the modern primary era,1 no previous general election loser has sought a party nomination.2 A party generally wants to move on from its losing candidates; it’s not like there were a ton of Democrats clamoring for Hillary Clinton to run again in 2020, for instance. But of course, GOP voters may not think of Trump as a loser given that a majority of Republicans believe Trump’s false claims that the 2020 election was stolen. This all starts to get pretty weird: If you’re a Republican who does think the election was stolen, you still have to wrestle with the fact that Biden is president while DeSantis is beginning his second term in the Florida Governor’s Mansion.

We could go into more detail — it certainly won’t hurt DeSantis that Florida has a winner-take-all primary, for instance — but there will be plenty of time for that later. For now, both DeSantis and Trump look like extremely plausible nominees, and anyone else is a distant third.

Dec 20, 2022
A FiveThirtyEight Chat
A
N
ThePollsters Why Trump Is Favored To Win The 2024 Republican Presidential Primary

Nov 16, 2022
Galen Druke and Nate Silver
G
G
ThePollsters When Might Other Republicans Challenge Trump For The 2024 Nomination?