ThePollsters The Case For A Republican Sweep On Election Night

The Case For A Republican Sweep On Election Night​ 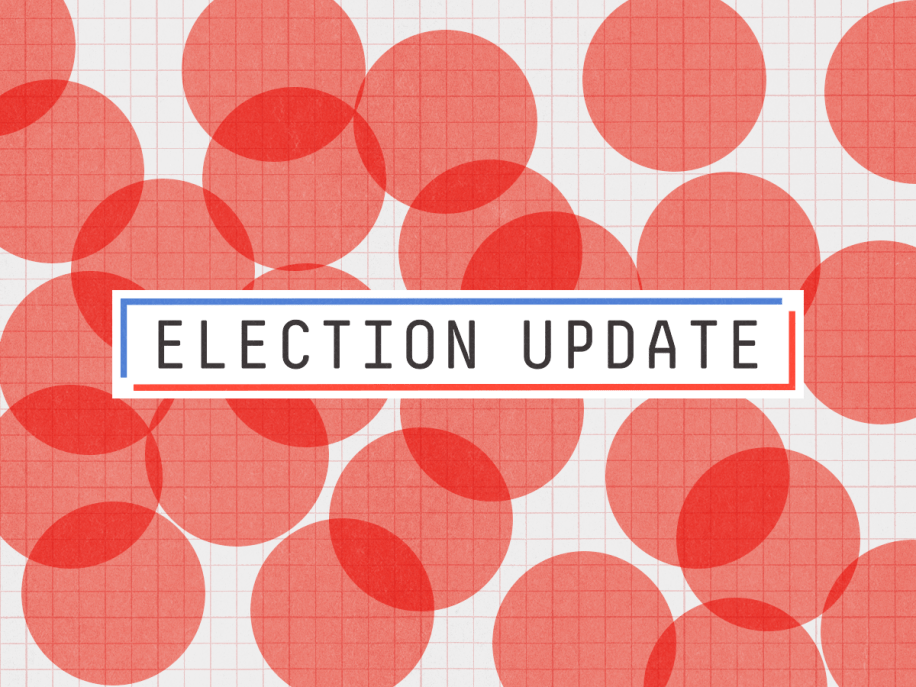 
Republicans reached a milestone on Tuesday, surpassing a 50 percent chance of a Senate takeover in our Deluxe forecast for the first time since July 25. Still, the race for the Senate is about as close as it gets. So I thought it might be worth engaging in a dialog with my alter egos.

Today, you’ll meet Nathan Redd. He’ll try to convince me that the Republican outlook is even better than our model shows. Then later this week, we’ll introduce you to Nathaniel Bleu.6 While fairly partisan, Redd and Bleu are canny observers of politics who are reasonably numerate. Last night, I met with Redd at a bar near Grand Central Station before his commute back to Connecticut. An abridged transcript follows:


Redd: You’ve gotta be the luckiest guy I know, Silver.

Silver: Wait, what? What are you talking about? How are the kids, by the way? It’s been a while.

Redd: Luckiest guy I know. This is the easiest election call I’ve ever seen.

Silver: Well, we’re not really making “calls” at FiveThirtyEight, exactly. You know how the model works. It’s probabilistic. And the model says the Senate is about as close to 50-50 as it gets.

Silver: You haven’t even told me which side you want to bet on! Though I think I can guess.

Redd: I’m telling you, this one is easy. Just look around you.

Silver: It looks like … an Irish bar in Midtown.

Redd: It’s half-empty. And yet, the waitress hasn’t been to our table in 15 minutes. Welcome to Joe Biden’s America!

Silver: So, you’re voting Republican because you can’t get your drink refilled?

Redd: I mean, just look. It’s not back to normal. This place used to be packed from 5 p.m. ’til close. Now, they don’t even stay open past 10. Then there’s all the crime, the homelessness. There’s the inflation and the supply chain.

Silver: I’ll take you out to Brooklyn next time. It might as well be 2019 there. And when was the last time you closed out a bar? You moved to Connecticut when you were 23 and single.

Redd: You’re getting off-track. The equation is pretty simple. The Democrat Party promised normal. They’re in charge of everything. We haven’t even gotten close to normal.

Redd: You’re dodging, Silver. I know the numbers. People are unhappy with how things are going. They’re unhappy with Biden. Democrats barely even have a majority to begin with and there’s a backlash every midterm election.

Silver: I get that, but it’s not so straightforward. Voters may be unhappy, but they’re agnostic about which party they prefer. They remember former President Donald Trump, who didn’t leave office as a popular guy. They care about the Supreme Court, which exercises a lot of power even when Republicans are out of office. Have you talked to any of your female friends about abortion?

Redd: I don’t trust the polls anyway. C’mon. I read your stuff, believe it or not. I know your argument about how it’s hard to predict polling bias. I sort of get it. But let’s do a little thought experiment. Let’s say it’s France, where they ban you from doing polling —

Silver: You can do polls in France! Except for the weekend before the election.

Redd: Silver, this is a thought experiment! Let’s say you’ve got no polls. What does your model say?

Silver: Well, it’s not exactly set up to run like that. But if what you’re getting at is Republicans are pretty heavily favored on the basis of the fundamentals, then I agree. At the start of the year, I was expecting this to be an anticlimax — Republicans would win both chambers of Congress.

Redd: That’s exactly what I’m getting at. I’m not even saying polls will always have a Democratic bias. I’m just saying in this election they will, because if you look at everything apart from the polls, it points toward a big Republican year. And the less you trust the polls, the more you need to look at everything else.

Silver: I’m not even sure that’s true. Democrats are raising as much or more money than Republicans. They did awfully well in those special elections this summer.

Redd: Summer? Who cares about summer? The Trump guys I know, they don’t vote in the summer.

Silver: So now you’re back to making assertions based on imaginary friends of yours?

Redd: And by the way, I do talk to my female friends about abortion. Abortion is a problem for Republicans. That’s why I’m not sure if we’re going to win small or win big. But pretty much everything else lines up on our side.

Silver: I don’t see how you can be so confident about all of this.

Redd: I’m not confident! I just told you, I don’t know if we’re going to win small or big. But lately I’ve been thinking big. You want to know why?

Silver: I’m sure you’re going to tell me.

Redd: You know my favorite saying? Follow the outfielders, not the ball. When Aaron Judge hits a fly ball, look at what the left fielder is doing. Don’t listen to the crowd, they’re a bunch of idiots. Look at the professionals. The professionals are backing way up, like it’s going to be a big year for Republicans. Look where the campaigns are spending. For Democrats, it’s in blue districts. They have problems in New York. I’m going to ask you about my boy and future New York governor Lee Zeldin in a minute, by the way. They have trouble in California. They’re even sending Biden to Miami-Dade County!

Silver: For a guy who’s as cynical about the media as you are, you’re awfully willing to buy into cherry-picked narratives. I don’t see how there’s any information given away by Biden visiting South Florida, for instance — it’s a swingy part of the country! And midterm elections can be regional. For every Lee Zeldin, you’ve got an Oklahoma, where the race is surprisingly tight in the other direction. And by the way, the professionals aren’t always so smart. They’re just as much in the fog of war as anyone else.

Silver: Occam’s razor? Where have I heard that before? But here’s the thing: I’m not actually sure that keeping it simple is better. There’s a reason we go through the trouble of building a model and all the extra work that entails. I’m not sure that people’s intuitions are very good when it comes to election forecasting. In 2012, the media insisted that the race was a toss-up because they were looking at national polls, not realizing that former President Barack Obama had a pretty big edge in the Electoral College. In 2016, they didn’t realize how fragile Democratic nominee Hillary Clinton’s lead was because of correlated errors between the states. They kept it simple and they were wrong! Sometimes the devil is in the details!

Redd: I’ll tell you a detail. Your polling average still has Democratic John Fetterman up in Pennsylvania’s Senate race. He’s not going to win after that debate.

Silver: Ahead? I mean, just barely. And it’s still not entirely clear how much the debate changed things. But I agree with you in principle: if there’s news that hasn’t yet been fully reflected in the polls, that’s going to make our model a lagging indicator.

Redd: And I tell you who else is going to win: my boy Lee Zeldin. People are sick of Kathy Hochul. Maybe you need to step out of your media bubble.

Silver: Your boy? Do you actually know him? You live in Greenwich, Connecticut, not New York. Who’s living in the bubble? And he’s probably not going to win. Hochul’s still ahead in the polls. And by the way, this cuts against everything you were saying earlier about the fundamentals. Even if Republicans are having a pretty good night, we’re living in very partisan times — it’s hard to win as a Republican in New York these days.

Silver: You on Zeldin, me on Hochul? Sure. Winner picks the restaurant and the wine, too.

Redd: No, on the Senate.

Silver: I’m going to pass. Our model has it at 50-50, it’s been trending Republican, and you make a couple of semi-persuasive points, like about Pennsylvania.

Redd: Semi-persuasive! That’s the nicest thing you’ve ever said to me, Silver! And good luck on Tuesday, but you won’t need it. It’s going to be an early night.

N
ThePollsters The Case For A Democratic Surprise On Election Night

Nov 4, 2022
Nate Silver
N
G
ThePollsters How Do All These Republican Polls Affect The Model?

Dec 20, 2022
A FiveThirtyEight Chat
A
N
ThePollsters The 3 Big Questions I Still Have About Election Day

Nov 7, 2022
Nate Silver
N
N
ThePollsters Are The Democrats Screwed In The Senate After 2024?