ThePollsters The Case For A Democratic Surprise On Election Night

The Case For A Democratic Surprise On Election Night​ 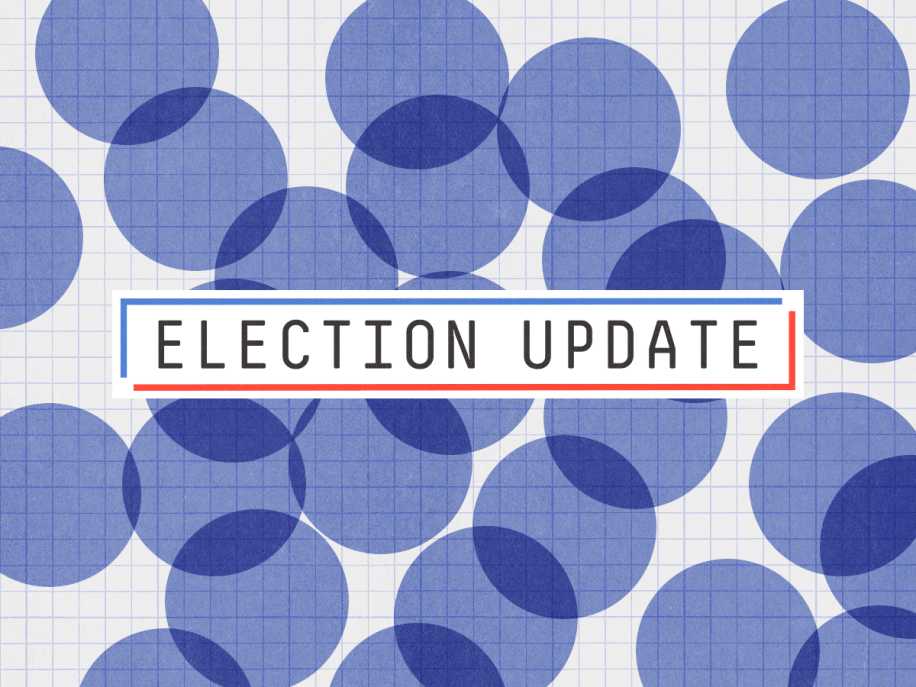 
Earlier this week, I spoke with Nathan Redd, a “friend” of mine (actually, a fragment of my alter ego) who attempted to convince me that Republicans will do even better than the FiveThirtyEight forecast suggests. Today, you’ll meet Nathaniel Bleu, another figment of my imagination who I spoke with at a wine bar in Cobble Hill, Brooklyn, where he lives with his husband and two French bulldogs. Bleu, an ad sales executive with a major New York publishing company, expressed confidence that Democrats will win, although as you’ll see his confidence was easily shaken. An abbreviated transcript of our conversation follows.

Silver: Well, if I can put on my concerned citizen hat for a moment—

Silver: Very funny. If I can put on my concerned citizen hat for a moment, there’s good reason to be worried. All those election deniers on the ballot. The attack on Paul Pelosi. I’m not sure where this leads, but it doesn’t seem like it’s a good place.

Bleu: That’s not what I’m talking about. I’ve never seen everyone so terrified to admit that Democrats are going to win.

Bleu: Even you, Nate. You know I have the utmost respect for you and FiveThirtyEight. Why, I’d have a whole menagerie of Fivey Fox plush dolls if I could. But your forecast has Democrats winning and you’re terrified to admit it.

Silver: It very much does not have Democrats winning. Are you reading those fake FiveThirtyEight alerts from the DCCC?

Bleu: The Deluxe forecast has Republicans ahead. But I don’t trust all the subjectivity it introduces–

Silver: For the record, I’m going to object to that characterization of the Deluxe forecast–

Bleu: The Lite forecast has Democrats winning. That’s the one I trust.

Silver: Lite has them barely ahead in the Senate. And Republicans are closing so quickly, that lead might disappear by the time we get to Tuesday. And that’s to say nothing of the House, where Republicans are heavy favorites. Besides, Deluxe is the better, more accurate product.

Bleu: I could almost see the grin on your face when Republicans went ahead in Deluxe the other day. It’s just so much safer for you that way.

Silver: You think of me as risk-averse? You’re the one who still refuses to eat dinner indoors.

Bleu: Not true. Only during that Omicron surge last winter. Was that the last time we saw each other? Besides, it’s a lovely evening.

Silver: I can barely feel my toes.

Bleu: To be fair, it’s not just you. It’s everybody. You and me and everyone in the media. Everybody is terrified of predicting that anything good happens for Democrats, having a replay of 2016, and looking foolish again.

Silver: You don’t work in “the media.” You work in ad sales for a media company. Just because you see David Remnick in the Condé Nast cafeteria doesn’t make you Maggie Haberman.

Bleu: Somebody needs another glass of wine. The truth is, nobody knows how this election is going to turn out. It’s just people groping around trying to sound smart. It’s the supply of takes meeting the demand for takes. And right now, the take everyone wants is “Republicans win.”

Silver: I don’t really buy that at all. Turn on MSNBC, and you’ll see plenty of hopium for Democrats about early voting and turnout and whatever else. People like takes that flatter their sensibilities. But I’m not interested in the psychology of your brunchmates. I’m interested in why you think our forecast might be wrong, and you haven’t said a word about that yet. Besides, I expected you to be on Team Gloom. I thought you’d be apoplectic by this point.

Bleu: I was on Team Gloom. Why, I might as well have been the quarterback. And then I went to Kansas.

Silver: What the hell were you doing in Kansas? I know you and Corey were talking about buying a country home, but that’s a long–

Bleu: Well, Corey grew up in Topeka. So we were out there for “No on 2” – you know, the abortion referendum. We were even doing a little canvassing. I knew that No was going to win, I knew in particular how strongly younger women felt about it. But even I didn’t expect it to win by, what was it, 18 points?

Silver: It was impressive, no doubt. And if Tuesday was some sort of national referendum on Roe, I’m sure Democrats would do pretty well. But–

Bleu: Let me stop you right there. Because it wasn’t just Kansas. There were a bunch of special elections, too. Are you familiar with the website FiveThirtyEight dot com? Here, I’m going to pull my phone out because I bookmarked the page just to make sure I got this right. According to Mr. Nathaniel Rakich – lovely first name, by the way — things changed after Roe was overturned. “Since that decision… Democrats have outperformed their expected margins in [four special House elections] by an average of 9 points.” And that doesn’t even count Alaska! You’re telling me Democrats are going to have a bad year when they’re winning elections in Kansas and Alaska?

Silver: I’m telling you that we’re not in Kansas anymore.

I’m telling you that Democrats’ position has deteriorated since then. You hold this election in August, and yeah, I think Democrats keep the Senate and maybe even the House. But the polls have been pretty clear in showing a Republican rebound.

Bleu: So now we come full circle. Have the polls shifted, or has there been more of a vibe shift? And is the vibe shift real, or is it just an artifact of media coverage? Because I don’t see what’s so different now compared with August.

Nate: Oh boy, this is starting to sound conspiratorial. And there’s a lot that’s changed since August. Bad news on inflation. About a zillion Fox News segments on crime and “defund the police.” And it’s not really even that Democrats are gaining ground so much as that Republicans are adding undecided voters – people who were probably going to vote for them all along. It’s all been very normal in some sense.

Bleu: I’m certainly not alleging any conspiracy, or connivance, or cabal. I’m saying that pollsters have incentives, and those incentives run toward giving Republicans the most optimistic numbers they can, because they’ll get a ton of grief if they miss high on Democrats again, but nobody will care if they overestimate Republicans by a point or two.

Silver: Well, a few things here, because this is quite the claim you’re making. Number one, you could have made exactly the same argument in 2020, and yet the polls had an even bigger Democratic bias than in 2016! Number two, I’m not sure the incentives are so obvious, and the clearest incentive is that you just want to be accurate. Number three, I think you’re underestimating the pollsters. Sure, some of them are cynical and partisan, but most of them see what they do as a public service–

Bleu: Why how lovely! Let’s send a fruit basket to the Pew Research Institute to thank them for their service! Do you think Trafalgar and Rasmussen care about public service? They’re flooding the zone with partisan polls!

Silver: Actually, they were some of the most accurate pollsters in 2020.

Bleu: I don’t care. A broken clock is right twice a day. You have tons of Republican polls, and no Democratic ones. It’s going to skew the averages.

Silver: I’m not so sure that’s true, at least for FiveThirtyEight. Our model has a house-effects adjustment, so if a pollster consistently shows overly rosy results for Republicans – or for Democrats for that matter – it takes that into account. And besides, to your point about incentives, it’s a free market. If there’s a firm with a turnout model that shows great results for Democrats, they can publish those numbers if they have confidence in them.

Bleu: I can tell this whole discussion is making you uneasy. You’ve looked uncomfortable all night.

Silver: I’m just a little chilly. Indoors next time? Look, it’s not a great situation. As America gets more partisan, and trust in institutions erodes, there are a lot of downstream, negative consequences for pollsters. To start with, most people basically don’t answer phone calls from unknown numbers anymore. So people who do answer polls are weird in some sense, and they may not be representative of the electorate. You used to be able to default to more of a gold standard in polling – it was expensive, but you could do it. Now, there are a lot more choices to make. On top of that, trust in the media is about as low as it’s ever been. Does that make pollsters more likely to stick with the herd instead of publishing numbers that could cause them a lot of grief? Maybe, but I’m not going to make too many assumptions about that until Tuesday.

Bleu: So if we can’t trust the polls, maybe we should look at early voting data instead–

Silver: Oh, no no no no no. Let me stop you right there. It’s a trap. There are rarely reliable benchmarks to use, and the analysis inevitably reflects people’s partisan priors. About the only person I trust to any degree at all on early voting is Jon Ralston in Nevada, and he thinks the numbers there look pretty bad for Democrats.

Bleu: Have you agreed with a single thing I’ve had to say, Nate? I could once count on you to defy conventional wisdom. Now you sound just like everybody else. What do you really think?

Silver: My least favorite question! I don’t have some private set of beliefs that I keep to myself! I trust our forecast, which is based on a computer program I wrote four years ago and not my mood as I’m sitting here with a glass of pinot! Our forecast says that the Senate is a toss-up at best for Democrats, and the momentum has been with Republicans. But I’m not sure what we’re really arguing about. I agree that the special elections were good for Democrats. And I very much agree that Democrats could beat their polls. It’s an entirely realistic scenario. But it’s not the likeliest scenario. Besides, the president’s party doing poorly in the midterms would be about the most normal thing imaginable, especially with inflation at 8 percent.

Bleu: You keep using that word “normal,” but we’re not in normal times anymore. This country is going to hell.

Silver: So you’re on Team Gloom after all!

Bleu: Just tell me there’s a chance, a chance that Democrats keep the Senate.

N
ThePollsters The Case For A Republican Sweep On Election Night

Nov 3, 2022
Nate Silver
N
N
ThePollsters Are The Democrats Screwed In The Senate After 2024?

Nov 7, 2022
Nate Silver
N
N
ThePollsters Final Election Update: The Forecast Is More Or Less Back Where It Started

Nov 8, 2022
Nate Silver
N
M
ThePollsters So You Think You Can Explain The Election