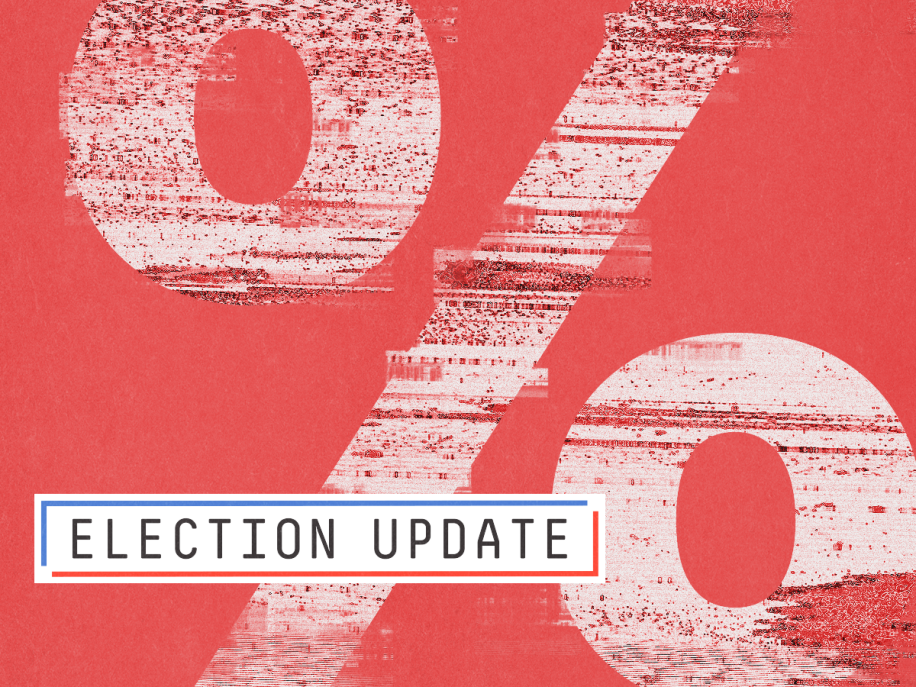 But those gains would be modest by the standards of midterm elections. In other words, according to the FiveThirtyEight forecast, this likely won’t be a “red-wave” election like 2010 (when Republicans picked up 63 House seats) or 2014 (when Republicans picked up nine Senate seats). Instead, it’s looking like more of a “red ripple.” But that doesn’t mean a red wave is impossible.

Our forecast emphasizes probabilities, not binary outcomes: Democrats and Republicans are only slightly favored to win many of those seats, and a seat with a 60-in-100 chance of going blue votes Republican 40 out of 100 times. As readers of FiveThirtyEight are undoubtedly aware, it’s not unusual for polls to be a few percentage points off the final mark (this is normal and just a reality of our uncertain world). Since 1998, polls of U.S. Senate elections conducted within three weeks of Election Day have had a weighted-average error of 5.4 percentage points, and polls of U.S. House elections have had a weighted-average error of 6.3 points.2

In the 2016 and 2020 elections, polls famously underestimated Republicans. If pollsters didn’t address the factors that caused this (which are still up for debate), that could happen again. On the other hand, our research has found that you can’t predict the direction of polling error in advance. Historically, polls have been equally likely to underestimate Republicans or Democrats. So it’s also possible that pollsters have fixed the problems that plagued them in 2016 and 2020 — maybe even overcorrected for them — and that the current polls are too good for the GOP. In other words, a wide range of scenarios is possible in this election: everything from a Republican landslide to a world where Democrats hold the House and gain seats in the Senate.

To illustrate this, let’s look at what would happen if there was a normal polling error in favor of either Republicans or Democrats. Of course, in real life, the polling error will be different in every race. But, hypothetically, let’s say that Republicans do 5.4 points better than their current FiveThirtyEight-projected vote margins in every Senate race and 6.3 points better in every House race. This roughly happened in 2020, when polls underestimated the GOP by a record amount. In this scenario, Republicans would win 54 Senate seats. Pennsylvania, Arizona and New Hampshire would fall to the GOP.

Senate seats where Democrats are favored in the FiveThirtyEight Deluxe forecast (as of Nov. 2 at 3 p.m. Eastern) but that they could lose in a hypothetical world where Republicans do 5.4 percentage points better in Senate races than FiveThirtyEight’s forecasted vote margin


Meanwhile, in the House, Republicans would win 259 seats in this hypothetical scenario — a 46-seat gain.3 Democrats would lose several districts that voted for President Biden by double digits, including New York’s 4th and California’s 9th, as well as several big-name incumbents, such as Reps. Marcy Kaptur, Katie Porter and Henry Cuellar. Even though no one is really talking about the possibility that Democrats will lose these seats, this list below shouldn’t be startling: Most of these districts have a less than 75-in-100 chance of going blue.

House seats where Democrats are favored in the FiveThirtyEight Deluxe forecast (as of Nov. 2 at 3 p.m. Eastern) but that they could lose in a hypothetical world where Republicans do 6.3 percentage points better in House races than FiveThirtyEight’s forecasted vote margin


But again, we shouldn’t discount the possibility that polls will underestimate Democrats. So what would the election results look like if Democrats did 5.4 points better than the FiveThirtyEight forecast currently predicts in every Senate race and 6.3 points better in every House race? In this scenario, it would be Democrats who win 54 Senate seats — the ones in which they are currently favored plus Georgia, Nevada, North Carolina, Ohio and Wisconsin.

Senate seats where Republicans are favored in the FiveThirtyEight Deluxe forecast (as of Nov. 2 at 3 p.m. Eastern) but that they could lose in a hypothetical world where Democrats do 5.4 percentage points better in Senate races than FiveThirtyEight’s forecasted vote margin


And in the House, Democrats would win 227 seats, while Republicans would win 208. In other words, Democrats would gain seats in the lower chamber, something the president’s party has done only twice since World War II. Those gains would include light-red seats like New York’s 1st and Ohio’s 13th.4 Some endangered Democratic incumbents (like Reps. Tom Malinowski and Tom O’Halleran) would also keep their seats.

Democrats could score surprise victories in the House​

House seats where Republicans are favored in the FiveThirtyEight Deluxe forecast (as of Nov. 2 at 3 p.m. Eastern) but that they could lose in a hypothetical world where Democrats do 6.3 percentage points better in House races than FiveThirtyEight’s forecasted vote margin


*There is no incumbent party in MI-10, NC-13 and OH-13 because these are new seats created by redistricting. Two incumbents are running against each other in TX-34.


To emphasize again, these are all hypothetical scenarios. If there is a pro-Republican or pro-Democratic polling error, it will almost surely unfold differently. Hopefully, though, this thought exercise has recalibrated your expectations. Of course, the polls could also be extremely accurate — as they were in the 2018 midterm. But you should be mentally prepared for something resembling the above scenarios too.