ThePollsters How 5 Voters Of Color Are Thinking About The Economy

How 5 Voters Of Color Are Thinking About The Economy​ 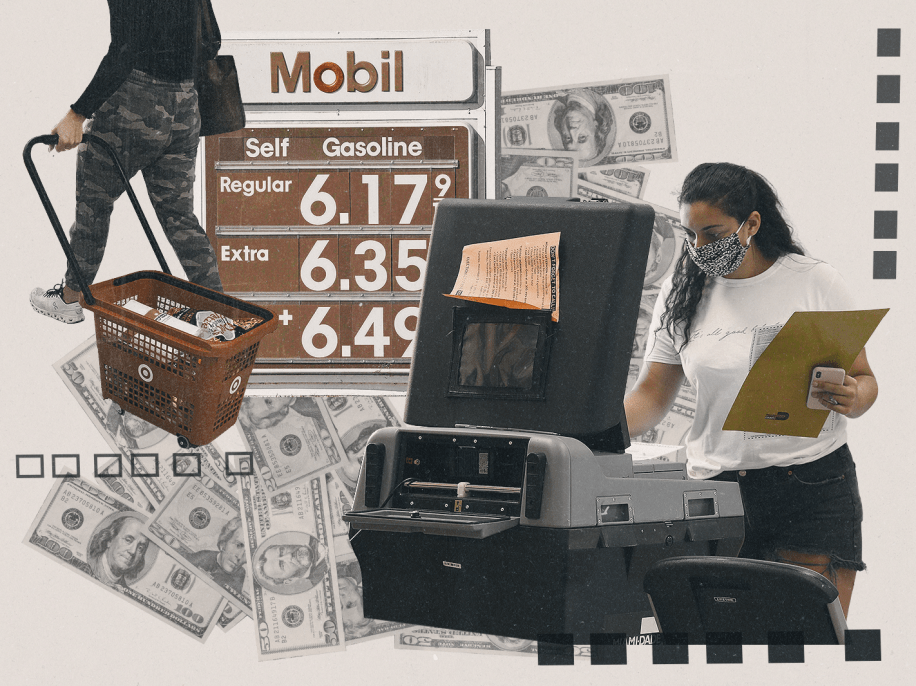 
Welcome to Voices Of Color, a column that explores what’s on the minds of voters of color in this year’s midterm elections. Too often, media coverage focuses on the political preferences of white people with euphemisms like “suburban women” or “middle class.” But in this column, we want to know what makes voters of color tick.

We want to explore their views on politics, policy, the future of our democracy, our two-party system and everything in between. We hope that this column offers fresh perspectives from the minds of those whose political opinions are often overlooked or assumed. If you think you might be a good fit for this column, fill out this form — we might get in touch.


Sergio Piedra, 51, remembers when “revenge travel” — or traveling to make up for lost time during the COVID-19 pandemic — was at an all-time high. But after an initial influx of out-of-towners to his home state of Florida, Piedra, who works for a local tourism marketing organization, began to notice a slight dip in visitors.

Piedra, who identifies as a Democrat, understands that other Americans may be worse off — both he and his wife are still employed — but the U.S. economy is still a top concern for him. And he’s far from being alone: The latest wave of our FiveThirtyEight/Ipsos poll using Ipsos’s KnowledgePanel found that “inflation or increasing costs” was top of mind for most Americans. (According to our latest survey data, 65 percent of Americans said that issue was among the most important facing the country.) 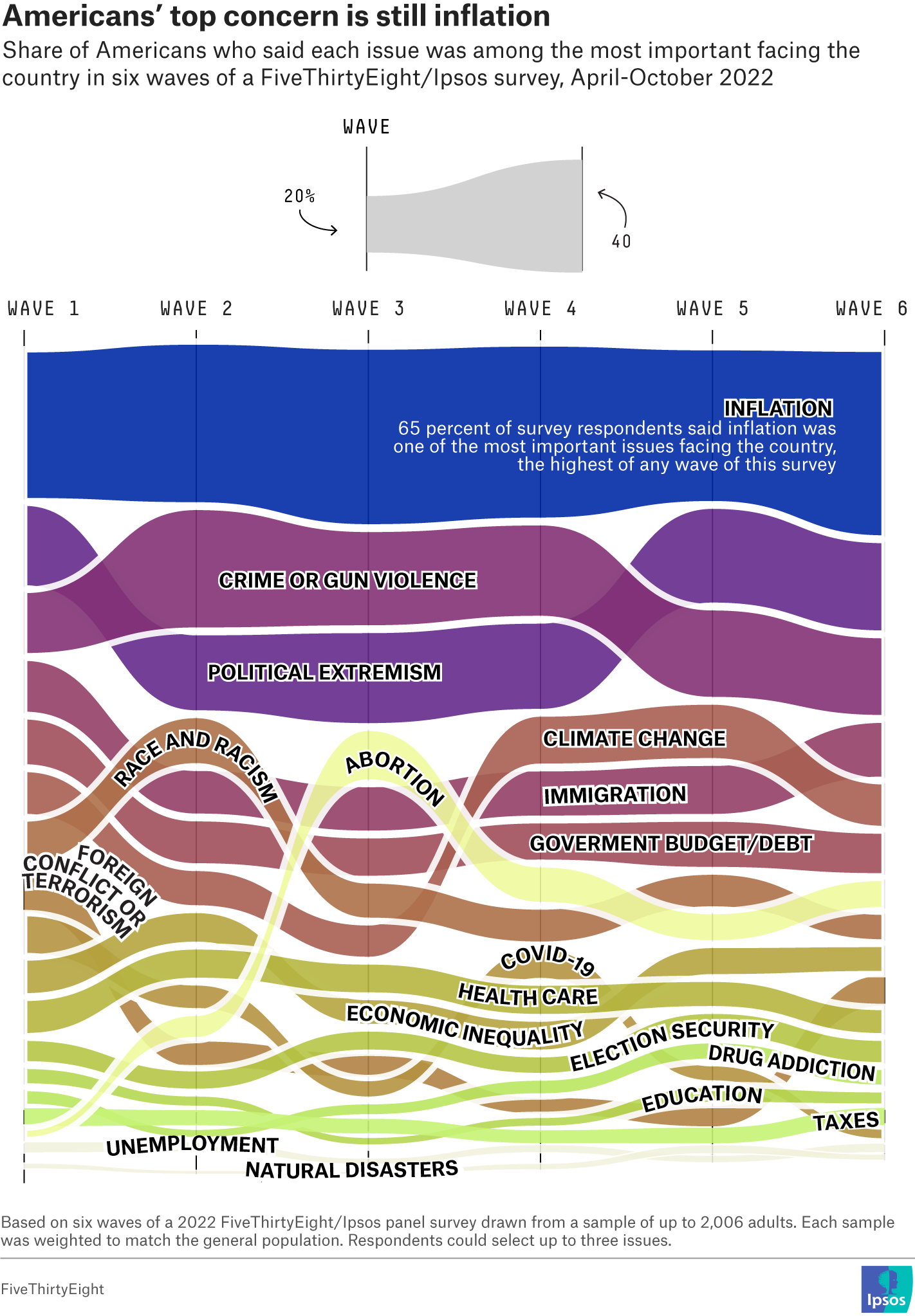 With early voting already underway, I wanted to better understand how concerns about the economy were impacting the choices of five voters of colors at the ballot box. In some cases, like Piedra’s, those fears haven’t stopped them from supporting Democrats. But other voters of color I spoke with said that, despite their political affiliation, they currently trust the GOP more on issues related to the economy.

That was the case with James Harris, 23, who lives in California and identifies as an independent voter. In fact, Harris told me that he hopes the next Congress is gridlocked so that there’s more compromise in D.C. — something he’s optimistic will lead to more bipartisan solutions when it comes to addressing the country’s current economic problems.

“If you have Republicans in the House, Democrats in the Senate and then [President] Biden in White House, there’s going to have to be compromise,” he said. “While Democrats might want to pass more ambitious bills that carry a steep price tag, Republicans aren’t going to want to increase spending. And, in the end, I think that might be a healthy balance.” (The Deluxe version of FiveThirtyEight’s 2022 midterm election forecast currently favors Republicans to win the House, while the Senate is a dead heat.)

A
ThePollsters These 5 Voters Of Color Don’t Want Biden vs. Trump In 2024