Congress Will Have The Most Black Republicans In Over A Century​

But that’s not saying a lot.​ 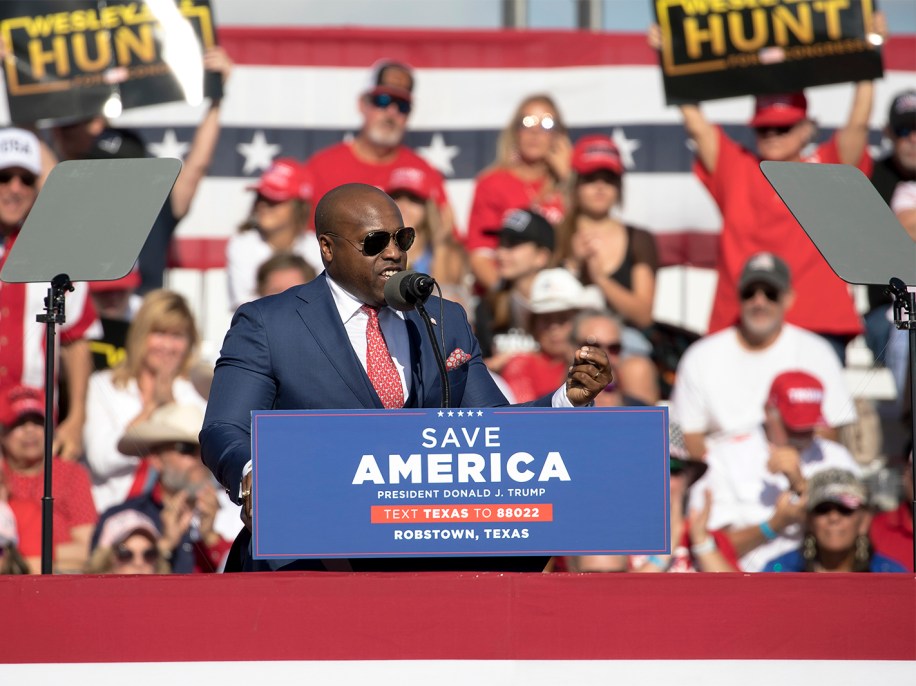 U.S. House Rep.-elect Wesley Hunt of Texas will be one of at least five Black Republicans headed to Congress next year.
Nick Wagner / ap PHOTO


When the new Congress comes into session in January, there will be more Black Republicans serving together on Capitol Hill than at any point since 1877.

For years, Republicans have struggled to recruit and elect Black candidates. But heading into this year’s primary election season, national Republicans boasted that more than 80 Black Republicans — a historical feat for the party — were running on the GOP ticket. After the primaries, only 31 Black Republicans actually made it onto the ballot, according to a FiveThirtyEight analysis of primary race winners. Almost all of those candidates lost.

This result isn’t a huge surprise. In July, I took a look at the Deluxe version of FiveThirtyEight’s 2022 election forecast and predicted that Republicans Wesley Hunt of Texas and John James of Michigan were the most likely congressional hopefuls to join current Reps. Burgess Owens of Utah and Byron Donalds of Florida in Washington come next year. Georgia is, once again, headed to a runoff election and while it’s too soon to know whether Democratic Sen. Raphael Warnock or Republican Herschel Walker will win, there will be two Black Republicans2 serving in the upper chamber concurrently if Walker is successful — the highest number ever.

Dec 27, 2022
Kaleigh Rogers and Anna Rothschild
K
N
ThePollsters Republicans Didn’t Get Less Popular After All That Speaker Drama — They Were Already Unpopular

Thursday at 6:12 AM
Nathaniel Rakich
N
M
ThePollsters The Number That Will Shape Republican Politics In 2023

Dec 29, 2022
Maya Sweedler and Michael Tabb
M
N
ThePollsters What The 20 Republicans Who Voted Against Kevin McCarthy Have In Common

Jan 4, 2023
Nathaniel Rakich
N
A
ThePollsters What Will New Leadership In Congress Mean For Democrats?