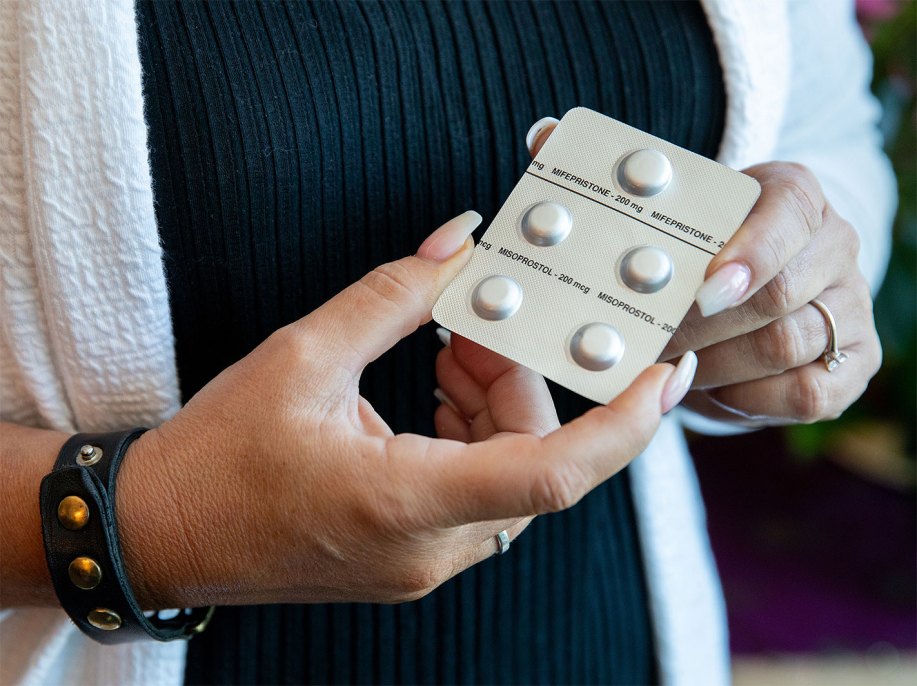 
On Sunday, FiveThirtyEight published data showing that there were at least 10,000 fewer legal abortions in July and August than before the Supreme Court decision overturning Roe v. Wade. Those numbers — from #WeCount, a research project funded by the nonprofit Society of Family Planning, which supports abortion rights — provided a detailed, if incomplete, picture of how abortion has changed in the United States since the Dobbs decision in June.

One key question was left unanswered, though: How many of the people unable to get a legal abortion got one another way?

A new research paper released today begins to answer that question. It shows that Aid Access, an international abortion pill service that distributes medication abortion in places where it’s illegal, received a combined total of 6,533 more requests for pills from the United States in July and August 2022, with each month compared to an April 2022 baseline.11 Previous analysis of Aid Access data suggests that about 50 to 60 percent of requests result in completed abortions, which would mean at least an additional 3,267 abortions in July and August combined, compared to that April baseline. While this estimate is inexact, the increase demonstrates the role that self-managed abortion now plays in shaping abortion access in America.

“Every time we’ve seen policy restricting abortion, we’ve seen increases in demand to Aid Access,” said Dr. Abigail Aiken, a professor of public affairs at the University of Texas at Austin and one of the co-authors on the study. “The evidence that we’ve seen shows us that when you ban or severely restrict abortion, you don’t do anything to change the need for abortion. But what you seem to do is change how and where people access care.”

Aid Access, the abortion provider at the heart of the study, was founded in 2018 by Dutch activist Dr. Rebecca Gomperts, who is also a co-author on the paper. Aid Access occupies a kind of legal gray area — in 2019, the Food and Drug Administration tried to stop the organization from shipping pills into the U.S., saying that Aid Access was violating federal law by distributing misbranded and unapproved drugs, but it was unsuccessful, and Gomperts has repeatedly said her organization follows the law. It’s a crime to self-manage an abortion in three states — Oklahoma, South Carolina and Nevada — and it’s against the law to prescribe abortion pills remotely in 19 states. It’s also illegal in many cases for Americans to import drugs from overseas for personal use. But these laws are difficult to enforce and individuals are rarely prosecuted, essentially creating a legal loophole for groups like Aid Access and the people who use their services.

Because it has been offering its services to clients in the United States for several years, Aid Access has data that covers multiple phases in American abortion policy. The organization requires clients to fill out a form detailing their medical history and reason for requesting abortion pills, which is reviewed by a medical provider. If there are no medical red flags in that self-reported data, the organization sends the requester pills.

After the constitutional right to abortion was overturned in June, Aid Access’s online request form blew up. According to the new paper, the number of weekly requests for abortion pills from Aid Access rose in a number of states, with the highest increases coming from people in states with full bans on abortion. For example, requests rose the most in Louisiana, Mississippi, Arkansas, Alabama and Oklahoma — all of which had implemented near-total bans on abortion by early July.12

In these states, some people may see an organization like Aid Access as their only option. Another paper published today by Ushma Upadhyay, a professor and public health social scientist at the University of California, San Francisco, found that in the aftermath of the Supreme Court ruling, an estimated one-third of reproductive-age women in the U.S. live in a census tract more than an hour from an abortion facility.13 For people living in Texas, estimated travel time to an abortion clinic rose by almost eight hours.

The availability of abortion pills — which, if taken during early pregnancy, result in a process very similar to an early miscarriage — has transformed the way abortion happens in the U.S.. Medication abortion was already growing in popularity, even before abortion rights appeared to be seriously threatened. A study published by the Guttmacher Institute earlier this year estimated that medication abortion accounted for more than half (54 percent) of abortions in 2020, up from 39 percent in 2017. The vast majority of U.S. abortions happen in the first trimester, which means abortion pills — which the FDA has approved for use through the 10th week of pregnancy — are an option for many patients. During the COVID-19 pandemic, a change in the way abortion pills are regulated allowed them to be prescribed legally through telehealth in some states. Since then, several online-only abortion services have popped up. These companies operate legally in the U.S. and can only mail pills to states where abortion is legal. They also offer virtual medical supervision in case of complications.

Medication abortion isn’t just used for legal abortions, though — it’s also a safe, hard-to-detect way to terminate a pregnancy outside the medical and legal system. In the era before Roe v. Wade, various methods of self-induced abortion often resulted in infection or other serious health problems. Now, though, it’s relatively easy for people to order abortion pills over the internet from services like Aid Access.

Medication abortion is effective and low-risk — even when it’s used outside the clinical setting. A study published earlier this year of nearly 4,000 women who received abortion pills without an in-person visit found that 95 percent of the abortions were completed without the need for further medical intervention, and less than 1 percent resulted in serious complications. But it can also be intensely painful for some, and there’s no real way to know in advance what kind of experience any one person will have. Aiken said that hotline services for self-managed miscarriage and abortion can help people deal with that variability at home, but also said it was significant that the use of medication abortion and extralegal providers like Aid Access is increasing even in states where abortion remains legal. “There were a substantial portion of folks saying, ‘I’m making this request because I prefer the comfort and privacy of my own home,’” she said. “They have a choice, they could go to a clinic, they could do something else, but they’re actually choosing to self manage.”

Ultimately, pill providers like Aid Access represent a safe way of self-managing abortion — something that did not exist in the pre-Roe era. “So as long as the bans remain in place, I think we’re going to see those numbers remain stable, if not increase,” Aiken said.

Thanks for sharing this information. I really like your blog post very much. You have really shared a informative and interesting blog post with people.
You must log in or register to cast your vote.

Dec 21, 2022
Amelia Thomson-DeVeaux and Anna Rothschild
A
A
ThePollsters Where Americans Voted To Protect Abortion Rights In The Midterms

Monday at 4:14 AM
hurawatchh
H
A
ThePollsters Abortion Rights Are Reshaping American Politics

Nov 9, 2022
Amelia Thomson-DeVeaux
A
N
ThePollsters Democrats Want To Put Abortion On The Ballot — But Many States Won’t Let Them

Dec 13, 2022
Nathaniel Rakich and Amelia Thomson-DeVeaux
N
A
ThePollsters Voters Will Decide The Future Of Abortion Rights In Michigan